apogee of the mainstream
a simmering kettle
gathering steam

We going way back to 2009, Febuary when this track hits the box office. Composed of Regular resounding chords, more overlapping, like the ringing of echoes, crosfeeding  the silence, which otherwise would have all been the verses, an honest bargain, verses resplendent as the spring itself. Warm sun and beer, somehow managed to avoid the grease stains, camouflaged under self assumed glamour, like life is a monkey chasing business, for the ace at shooting the sling.

There is perhaps even an uptempo, bass heavy version to the song, gratefully justifying the depth that is contained in the lyrics, which by all means, in no small measure manifest the title. False flags. The way perhaps even nature demonstrates itself. The calm before the storm. The harvest after the drought, like an enduring autumn, like the grease stains in spring. The way it was always,  strike, spark and you know when a wish comes true. The way how mankind adapts and evolves,contradicting and misinforming itself.

The complete piece perhaps better understood whilst given a quick glance over, rather than listened to as a piece of audio with musical accompaniments. Yet there is no harm that a bit of looping could do to the song, or the listener.

The video to the original, slower version to the song, with great elaborations demonstrates from the lighting of a flame with an aristocratic cigarette lighter, to the passing of the flame onto the wick of a molotov cocktail. A good part of the entire composition constitutes of the conclusion where the chords and the notes play out their predestined, fading, simmering symphony. While the video plays out the hurling motion of that piece of creation of chemistry and patience. Botteled fuel,soaked, lit, momentary motives fulfilled. An emblematic vision the whole arrangements A sight of the human expression of violent rage, plated with soothing ambient sounds. The video to the uptempo version to the song at its best artfully depicts the exploits of the band through the ages.Of which it dates back to the year 1988. Hailing  from Bristol, England is Massive Attack and what they got for you is trip hop. 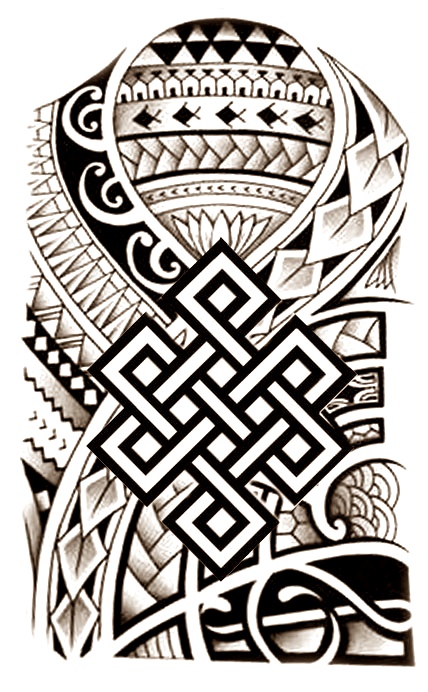 Amidst shrieks and wailings, Raghav opened his eyes to look up at weird plasticky tentacles.

He could not understand what it was because he was all of 4 months old again. This intervention was supposedly a device by his worried mother to pacify him.

It was a dingy room with orange walls which peeled at multiple places. Accentuated by the bleak bulb, was the orange jarred young Anita’s head.

Odds and ends lined open shelves engraved in the walls like morse code. “Why doesn’t he stop crying!” she spat.

It really was a mistake.

A dull yet sturdy thud had interrupted the early morning musings. There was no answer. The blue walls of the swanky drawing room somewhat resonated with his mood.

It had been a while since his son had spoken to him in more than two syllables. While he had given up on any reprieve, he knew he was failing in his responsibilities as a father. He knew nothing about his 25 year old son’s friends, work or habits. When had they steered so apart? The mad rush to earn money had managed to do what he had feared all along.

Raghav hadn’t yet opened the door.

Anny held Raghav tightly while their bodies throbbed in embrace. She hadn’t been touched so, ever in her life before. The pain was blinding but blissful — the euphoria only punctuated by the greyness of the ceiling she saw above her. They trailed to the edge of climax; almost animalistic in the throes of passion. “We should have used protection,” said she panting between heavy breaths. Raghav wasn’t worried. She was not his first in this bed.

Loud music filled the boneyard. Dirt on the floor reverberated in rhythm. Tiny

specks of cocaine, as
white as the walls around, slid from a packet on to the table.

It had been a few years since his last time during college. According to his friend, this lot was the most face numbing, he had ever tried.

Raghav was eager and jittery more from the lack of layers in the cold room, than apprehensions. He made 4 lines with a practiced hand and cleaned off every last grain on the glass top.

It hit his head like electricity. It felt different. Numbness overpowered him and he fell to his death unceremoniously.

I went scavenging for the meaning of love, no philosophy here, simple words that put a thought to context. As vain and vile as the first result on GOOGLE search. I’ve been tracing my pattern of an upsurge in love, inversely proportional to how consuming any activity is at that point in time. I felt severity, an all obsessive need for destruction, the all or none, the need to go all the way till the end and race back to start like you never existed, in this universe or my parallel one. It’s a game you see, a kind of politics where there’s indifference or destruction. I choose to not know you till you follow me halfway across my doom. Then, I surrender to your whim and start scraping you hollow, inch by inch, nook and cranny, till I’ve become you and inanely in love with this self I create. Then, as you begin to retreat from my hook, I dig my claws deeper until you’re nailed to my door like the inanimate collar of a comfortably worn out sweatshirt. Warm, habitual, homely. Then, it’s time to go. To run from you like anathema, like an empty cake tin that has been licked clean without any trace, nothing to offer except the faint waft of vanilla essence. The sugar in my blood has ebbed, the danger is diluted by your lack of mystery and attention, my interest wanes and I selfishly go chasing another cookie or caramel or chocolate even. The curse of our times love, is the idea of soul mate, monogamy, ritual and habitual love. It begins like freshly baked bread performing with an extra swell in the breast on a well stocked table till crumbs rest unattended to feed vermin. How can every fiber of my being sync with your scattered vibes? How can you satisfy flesh that is naturally designed to lust after rainbows? The body can’t eat bread and soup in a lifetime when there’s sweetmeats of unending range to offer. It tears me to love you and want you knowing you’ll only be that bakery display I yearned for once on a sugar high.

This body will decay, age, turn into a shrivelled bundle of loathing and repulse. When you begin to mark your journey in the creases and marks in the folds of your sagging skin, you would’ve arrived at your daily doze of optimum sweetness, maybe an artificial sweetener. Spend yourself on me like saccharine to boiling water. Blend and dissolve in me, leave me like I’ll leave you. A bitter dessert, sweet bacon, burnt caramel. I’ll remember you for the way you left and trace it back to the sugar you left me tasting on my lips. While craving strawberry compote. 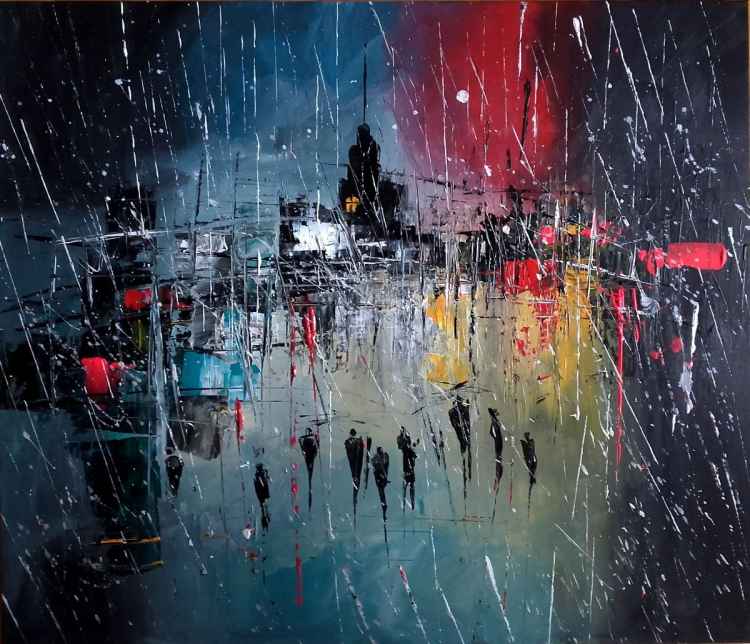 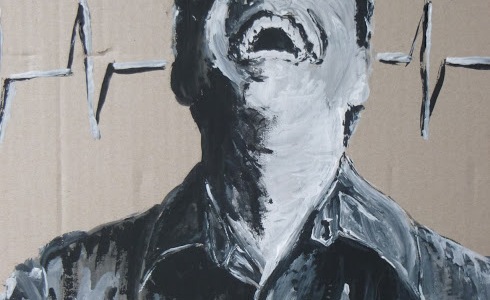 Are you mad enough as your name
Mushrooms aye spotted, stained,
As spirit evaporates and acid sustains..

If you could retrieve my brain, presently nestled in some guarded orifice, you’d see how befuddled and convoluted it is. I’ve been using my anticipatory days, from the booking date till the final take off, to meet people who matter. People who wouldn’t question my actions to the point of collapse because they never understood my lack of reasons anyway. I’m trying to swim through the barrage of travel advice- from pre-booking to places NOT to visit to ‘substances’ to stay away from to cafes that matter to how much to carry and what not to eat, more dont’s than do’s. What if I don’t want to plan? What if I want the mountain to be my mentor? These winding roads have been treaded too trivially and often for a traveller seeking the uninhabited and undiluted. Hence, the hesitation to succumb to popular perspective.

My mind’s eye aches with the wonder of an infant, to see every step, served up on a platter, a first of its kind. I don’t want to lose my wonder in anticipation, in following dotted lines. I don’t want to miss the minutest detail in the changing landscape in the wait for a wanton station. I want to feed my lungs deeply and hungrily with the scents and sounds of  every passing second, that soothe my aching imagination with the balm of the unexpected. I want the bump at every interval of the road to throw me off my conditioned comfort and rattle and awaken me, still in awe of the unknown.

I know you understand me Qi, my inability to articulate my eagerness to wander, my agnosticism towards the burden of premeditated travel, my need for firing all my senses to life. I know that once I step out there will be no voice but my own to push me forth and pull me back. For you and for anyone who reads this, be with me, if not in mind, if not in body, then at least in spirit. I promise to experience every instance and celebrate it as a noteworthy passage of time. Perhaps together we may accomplish the spellbinding experiences to be printed on paper, as an indelible mark upon history.

Besides a shoulder bag full of clothing, a handbag stuffed with my gadgets and necessities (may seem slightly indulgent to you but I’m a woman), I’m carrying my 38″ Granada with me. This little leviathan shall accompany me under the star-kissed or moonless skies when I’m celebrating my solitude. I finally fly to Delhi tomorrow morning. I don’t know how long I’ll be there and with whom, but I’ll keep on writing here, as we together slide down this fine tapestry of adventure, even if so many seas apart.

Keep me in your heart, 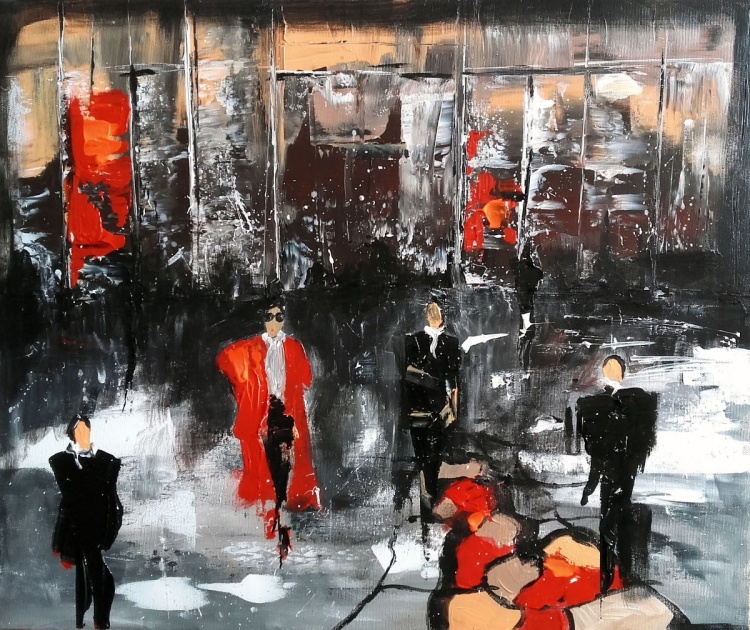 Artwork: The World Before Her

we flickering flames, we got pretty cars.
face wash and shoes for the dust of stars,
we not done with earth, we set for mars.. 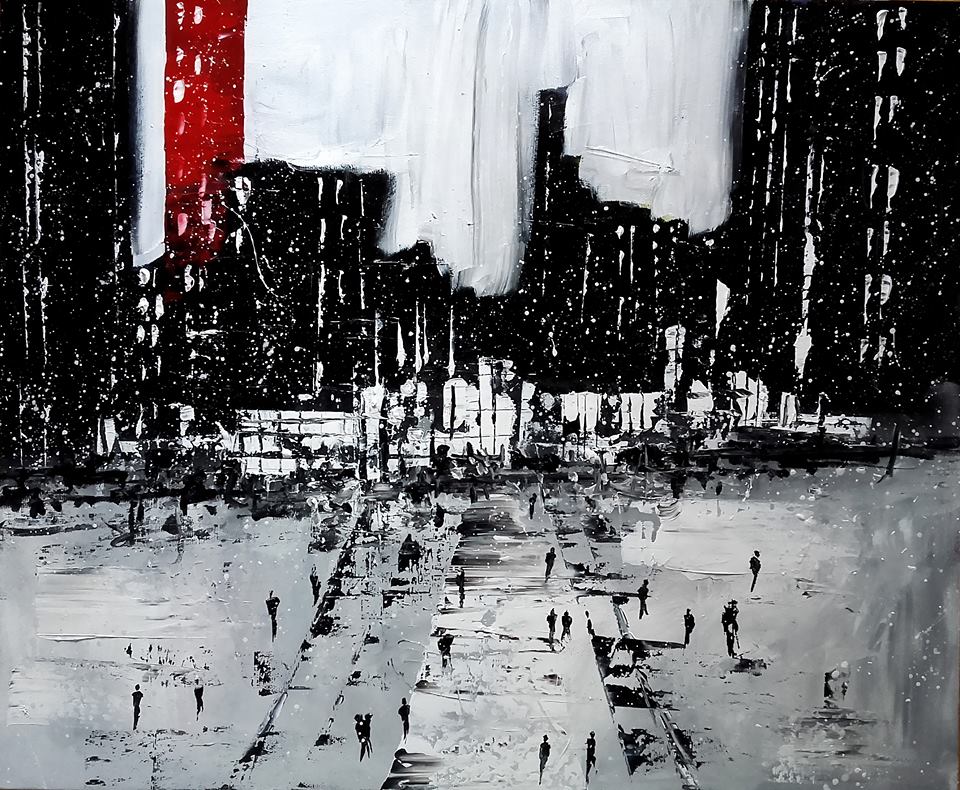