The woes of a wanderer are best perhaps left untouched. It sure takes great courage on the part of an individual to document or artistically redeem the choicest episodes of the wanderings. Otherwise what is left of art is just austere flattery, and what use is left of a form of documentation, but for the cause and sake of the government.

The act of wandering is the stuff that makes poetry, is the mind that remembers the shade, and the hand that mixes the colours. It is my friend the bewitchery which holds the verse together and for very sure is the force which presses each key, pulls the strings and wraps out the beats. It is the moral decision captured in the one eighth fraction of a second. Wandering is to the artist, what the shallows are to the fishes.

To get it worth thier words, they wandered. They wandered lonely as a cloud, and floating over high vales and hills, and on subway walls, and in tenement halls, they came across, a host of golden daffodils. And at the end of it all, they were left with a heartful of ache and the ever loss of god. Wandering, still wandering, in hopeless nights, because out there in the perimeter, there were no stars, out there they was stoned immaculate. 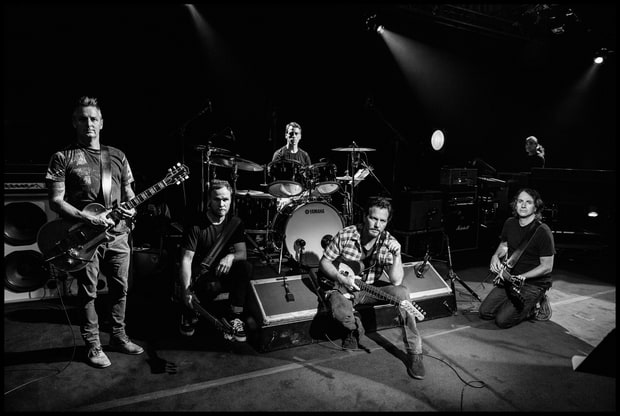 It speaks of substance to fall in under the bracket of alternate. Take cancer therapy for instance. The alternate is surely in some measures superior to the ordinary, or the average, and up to certain tangible extent even the mainstream. That is exactly where popular politics comes in. The politics of popularity, rather than the popularity of the politics. It is that which gets assimilated and multiplies. It is what the system endorses, out of sheer convenience. Savage, scavenging, as ephemeral, as it is eternal, figged out to blend into the times. This is what determines your ranking in the chats of pop culture.

The case of music production, the term alternate associates with the mode of expression, both in the scope of the sound as well as through the persona of the performers. A progeny of the rock n roll of the nineteen sixties and seventies. The generation which still carried the angst of the predecessors, even as backstage, the puppet masters consolidated on their skill set. A situation which left the youth all the more confused. Thus were the Alternates, once younger in time, ever since have been worked upon by the elements.

So what did these alternates sound like, who listened to them man. To the audience first. The wrath children and the leftovers from the sixties, and the seventies, and those who evolved during the eighties and the nineties, and still kept growing into the new millennium. The originals from the school of punk, hard rock, progressive, independent and metal, those still obsessed with the rhythm n blues. Not much however could be spoken about the change in taste of those interested in country, jazz, or classical. Keep the humour going metal heads. You are not the only vertebrates, bestowed with the skills of a’ capella.

The alternate age however, was no more about how unique the sound was. What mattered from now on was how different it could be every other time. Drawing heavily from the DIY (do it yourself) ethos and embracing every bit of the change. Still screaming out loud, yet not letting it all out, keeping it simmering somewhere deep inside, so as to still provide on some rainy day. The conscious scales of justice were decisive in their contemplation about burning out and fading away.

The energy is what perhaps made so many tributaries possible both when the alternative was mainstream, and also during the techno takeover. The electric injection of the 60’s had truly taken effect and the electronics was peeking fast. The capo, the harsh harmonica, the dependable tambourines, the distortion kits,  the pedals and the amplifiers were systematically getting arranged into chipsets, to be accessed over mere mouse clicks.. Yet the change was more evolutionary in nature, rather than been a forthwith conquest, for there never was any short of effort on behalf of those involved in still staying loyal to the basics, every time a new sound was brought to the table.

Among the first in class may be included U2, Aerosmith, REM, RHCP, Sound Garden, Guns n’ Roses, Radiohead, Alice in Chains, Nirvana, Pearl Jam. Then came the nineties, and with it brought the ever growing force of the electronic underground. No form of artistic expression, could be since then said to have been untouched by technology. Some bands may have skipped the attention of the authorships. Some bands still would have rather wandered into more drastic genres like metal, acid rock, grunge and reggae. Even the alternates, as we have mentioned them all drew from the source of more than one genres, which on their own part represent a messy family tree. Post Punk, jangle Pop, Brit Pop, Independent Rock, Garage Rock, more grunge, obviously hard rock, spoken words, and it goes on.

There was then the motherboard generation of musicians and their respective categorisation into soundscapes, and personalities. What differentiated the DJ’s from the producers, and both from the engineers. Yet the alternate age held its own, as the storm slowly, but ever so surely gained pace. Oasis, Creed, Foo Fighters, Linkin Park, White Stripes, Strokes, Matchbox 20, Kings of Leon, The Killers and the list is endless. Yet the last of breed in manners of sorts.

These generations of musicians, over the decades who provided the charts with their numbers, week in and week out. Cultures developed and dissolved away around the bands and the individuals who formed them. Some notes stayed etched, some voices became immortal, the blueprint got more detailed in its own modest and humble ways. The spirit of the alternate was still being served to the last instinct. The music videos sure became more refined, while the knobs of the sound consoles threatened of the increasing possibilities of evermore. Yet the receding hairlines and familiar pitches surely in some ways confirmed that the artists were still doing it themselves. The rookies got easily assimilated even as the veterans worked on the consistency of the broth. Until the day it all came crashing down on the thimble.

We are an eclectic print media based on honest research and overturned opinions. A brainchild of immortality, feeding on infinity, shining on eccentricity and sustained by mediocrity. We are in your town, we are superlatives confound, we are Verses Inked©. View all posts by versesinked

3 thoughts on “The Alternate Age of Music Production:”